our values | our principles | our origin story | newsletter archive

rootid was founded in 2011 and is a fully remote, US-based, brand, communications and marketing studio committed to being a part of co-designing and implementing community-centered, communications capacity-building within the nonprofit sector.

Our processes are aligned with Liberatory Design, and our structures are grounded in our values of anti-racism, equitable access to opportunities and resources, partnership through listening and building trust, community-led breakthroughs, fearless curiosity, reimagination, health and healing. Long story, made short: It [rootid] all started by our founders meeting through volunteer work....

In 2008, Val had just moved to the Bay Area, and wanted to start establishing a new community for herself/themselves. Having volunteered internationally with Habitat for Humanity, Val looked up the local office to do some volunteer work.

Meanwhile, Andrew was working at Habitat for Humanity as a fundraising and marketing manager. He needed to build some capacity on his team so started looking for creative minds who could help with graphic design and photography. Enter Val.....

Soon after, Val and Jason began doing some digital marketing work through a small agency they created before rootid. After doing a few side projects together, the three of us banded together to create rootid. (Est. 2011)

Over the last decade, rootid has grown slowly and thoughtfully, working with contractors to increase capacity or “growing our own,’ by training up developers and designers from interns into full-time positions. We have had other colleagues come and go along the way, each contributing towards our vision, growth and continued sustainability.

As we head into 2022 we have added 4 additional teammates. In October 2021, Marcus (Sr. Project & Operations Manager), Sia (Director of Community Engagement) and Bob (Sr. Front-end Web Developer) and in January 2022, Grace joined us as a Designer.

We continue to deeply appreciate the support and partnership from our nonprofit community members.

A bit more background about our co-founders if you are curious... 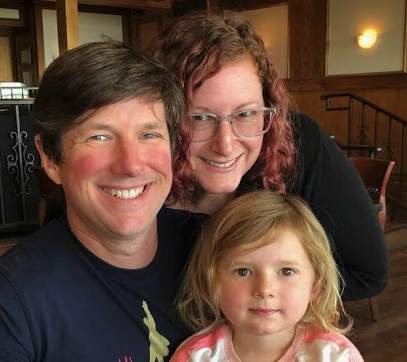 Val lives with her/their partner, Jason (see below) and their daughter, Rosalee. They love being in the Bay Area where, they'll remind you, it's not as hot as Southern California, where they grew up.

Their background is in art and education, but their love has always revolved around graphic design and helping nonprofits do cool stuff. She's a constant connector of people and ideas. So, if you see them at an event, she's bound to have someone that you should meet.

Val has always moved fluidly between the nonprofit and for-profit sectors—beginning their career as an art teacher and then school administrator before venturing into graphic design and art direction for an automotive company. Looking for more meaning in her day-to-day and ready to leave Los Angeles, she/they moved to the Bay Area and began focusing their design work on small companies and nonprofit organizations.

In their off time, Val plays soccer, hikes, travels, joins nonprofit boards and finds new ways to get Rosalee to engage in political discourse (she's already attended several marches in the Bay Area).

Jason lives with his partner, Val (see above) in El Cerrito, CA with their daughter.

Jason got started in programming because he wanted to develop video games. When his first development gig was working on a Microsoft Access database for a local college he unknowingly made himself highly in-demand with other education institutions. He continued to do web development as the job requests poured in. He's never looked back.

Jason never stops generating ideas. He has a whiteboard, appropriately named the "Idea Board," with such classics as 'Hipster Board Game.' You'll have to ask him how exactly it works....

Jason spends his time outside of work building robots, gaming, traveling (pre-COVID), trying to keep up with his daughter and designing new tiki drink concoctions. 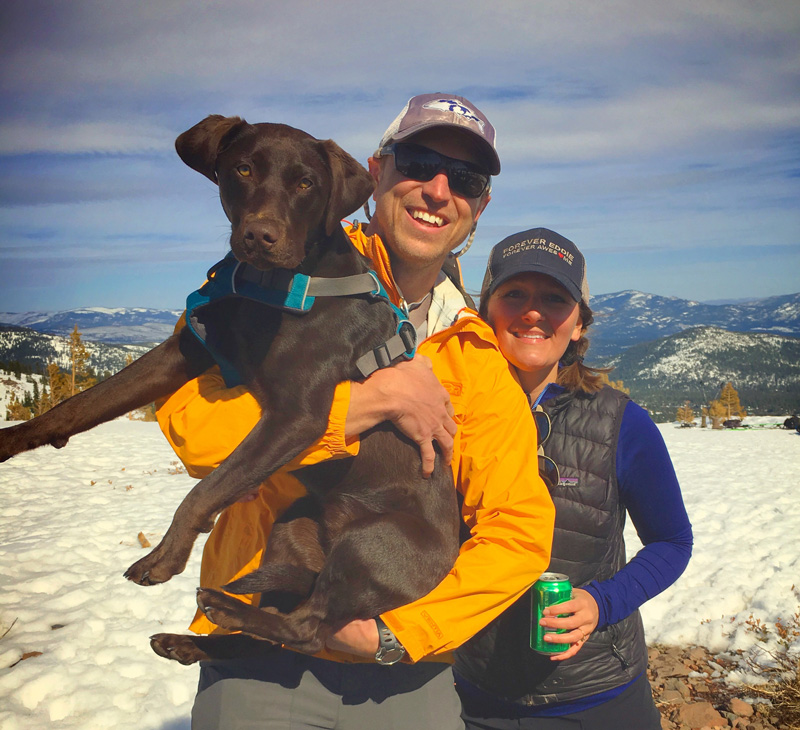 Andrew lives in Door County, Wisconsin with his wife, Kendall. They have a crazy chocolate lab named Juno, who is obsessed with fetch.

He started working with nonprofits when his mother, who ran several nonprofits throughout her career, "hired" him to lick and stamp envelopes of fundraising appeals. Somehow it stuck.

Andrew continued honing his skills as a marketer throughout his days at Colorado College, working for local housing nonprofits in Colorado Springs. Upon moving to the San Francisco Bay Area, he continued his nonprofit career by joining the AmeriCorps VISTA program. And, eventually settling into a staff position managing the individual giving and digital marketing programs at Habitat for Humanity for 5 years.

When he's not working on Rootid, you might not be able to find Andrew. He's either in the backcountry skiing, at his secret fishing hole (no, he won't tell you where the biggest fish are!), or in a foreign country attempting to communicate with wild hand gestures.

our values | our principles | our origin story