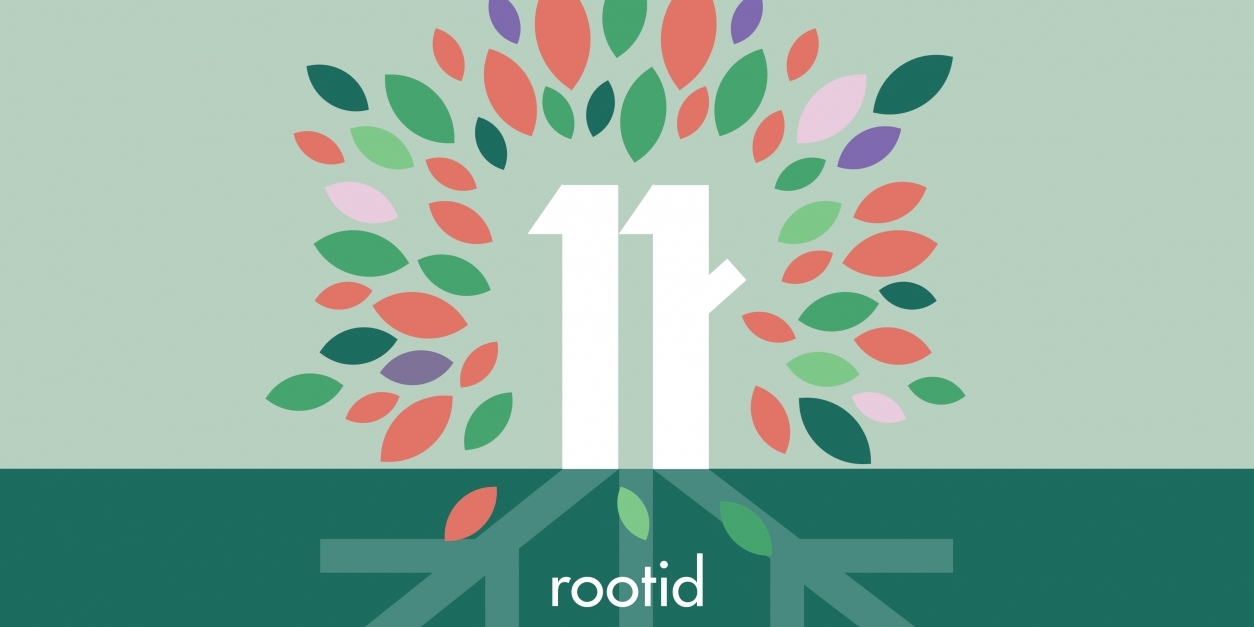 “We each had skills that balanced each other well, all felt strongly about contributing to positive change and making an impact through communications.” - Val

This sentence sums up the founding of rootid. But since storytelling and providing the details is what we do…here you go!

In hindsight, rootid really began when I moved to the Bay Area in the Fall of 2008; after a Habitat for Humanity trip to Guatemala to celebrate my 30th birthday. Prior to moving, I worked for a well-established car company, but knew that “selling cars” was not going to feed my soul, no matter how nicely it fed my pocketbook. I loved the people I worked with, but I needed to feel like I was contributing to making the world a better place. It was time to revolve my life around “being the change I wanted to see in the world.”

Upon my arrival, I began contracting with Design Action Collective and building my own client base of companies/organizations whose missions I supported. These projects were not only for non-profits or activist organizations, they were also for small businesses and individuals whose values and vision aligned with my own (in one shape, or form). 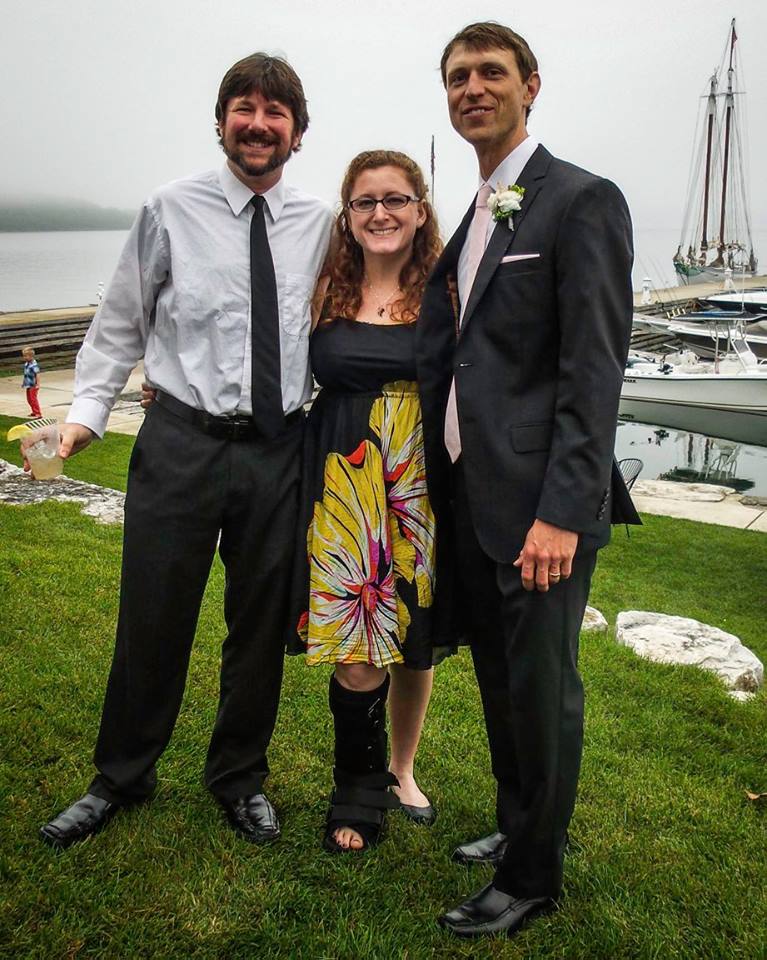 It was about this time that I met Andrew Goldsworthy.  I first met him on a construction site in Oakland where I was a volunteer photographer for new Habitat For Humanity home builds. We clicked immediately and I offered to volunteer my design services for them as well. Recognizing that we had complementary skill sets, we decided to take on some contract projects together. The first of which was OperaWorks;  they needed a new website. Though I was not necessarily a huge fan of opera music at the time, I felt a real kinship with its founder, Ann Baltz. She had vision and was spending her life and career training performers to find their internal voice, to listen to themselves and to use that grounding as the basis for their artistic practice. As an artist who had recently been on my own internal journey, I connected with what OperaWorks was helping young singers achieve.

Jason and I began dating in the Winter of 2009. Though Jason and I had only been dating a short time, we started working on projects together almost immediately. You would think this would have been a real killer to our relationship, but somehow it seemed to actually give us a strong foundation of trust, mutual respect and complementary learning for the journey we were stepping into together.

The winter of  2010 to spring 2011 was a time of change for all three of us. Andrew decided to leave Habitat and move to Argentina; and Jason and I were feeling pretty secure in both our personal and work relationships. I started talking with each of them about the prospect of joining forces together…We became rootid on May 12, 2011. We have always been ‘rooted in community.’ That’s how we first decided on our name—from the beginning we have been rooted in the idea of a collaborative communications model that co-develops strategies and effective tools based on listening to community needs. 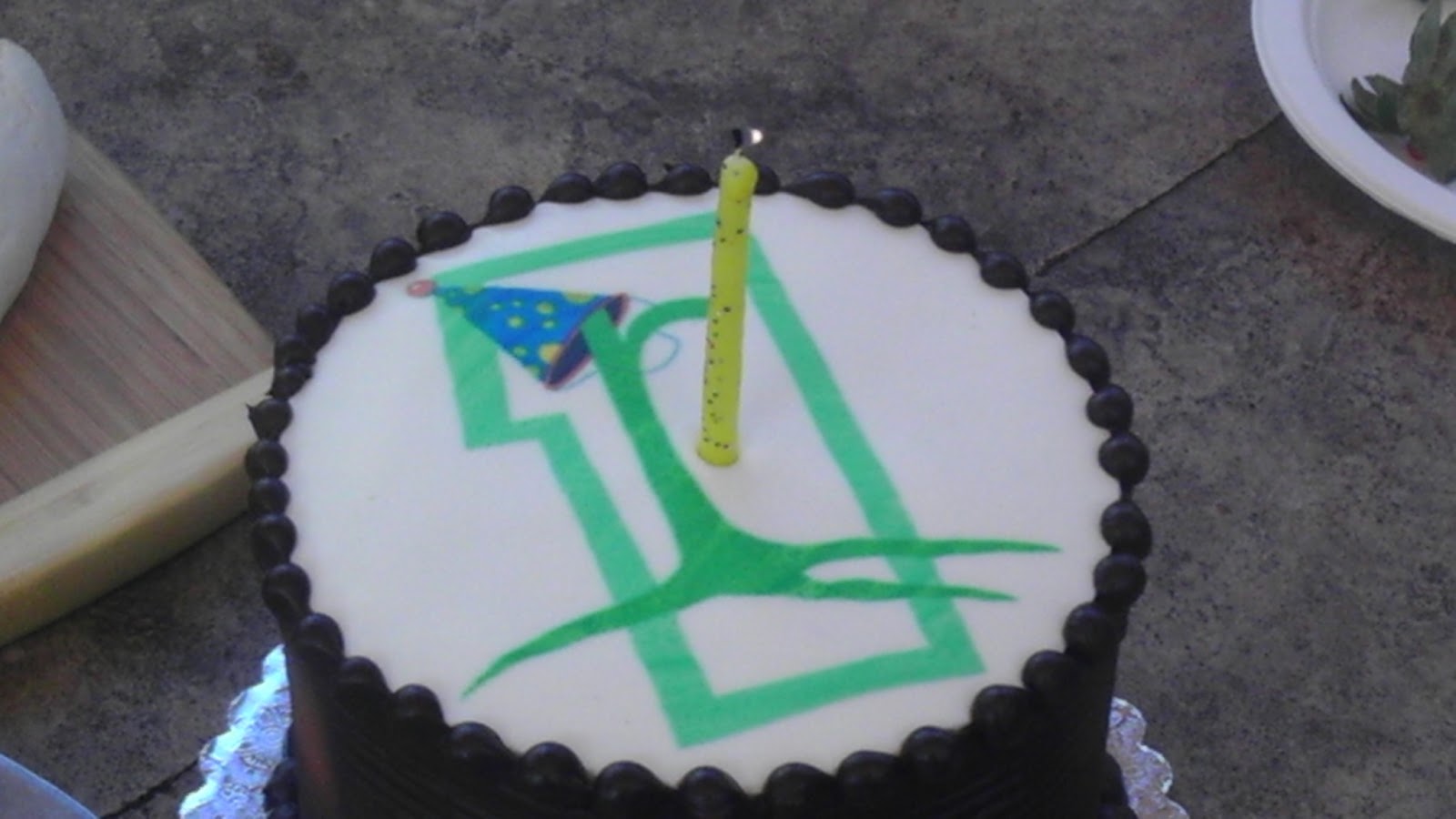 From year one until…
In year one, with just a staff of three we focused primarily on nonprofits from the community.  We were fortunate to begin with four relatively large clients,  and about 10 small clients that first year, the most notable being Habitat for Humanity East Bay (now East Bay Silicon Valley), California Family Health Council (now Essential Access) and UC Berkeley–all of these are still clients to this day.

The first five years were filled with changes and growth. We believed strongly in ‘growing your own’ so focused the majority of our hiring on training interns and helping them grow into junior and mid-level staff members. We grew slowly and organically in those early years, evolving from being three white co-founders to mentoring and then hiring our first employee, to then bringing in design and development interns; and as our staff grew, so did our offerings. By year five (2016) we were focused solidly on nonprofit and social good entities and had worked with close to 60 small to mid-sized organizations. 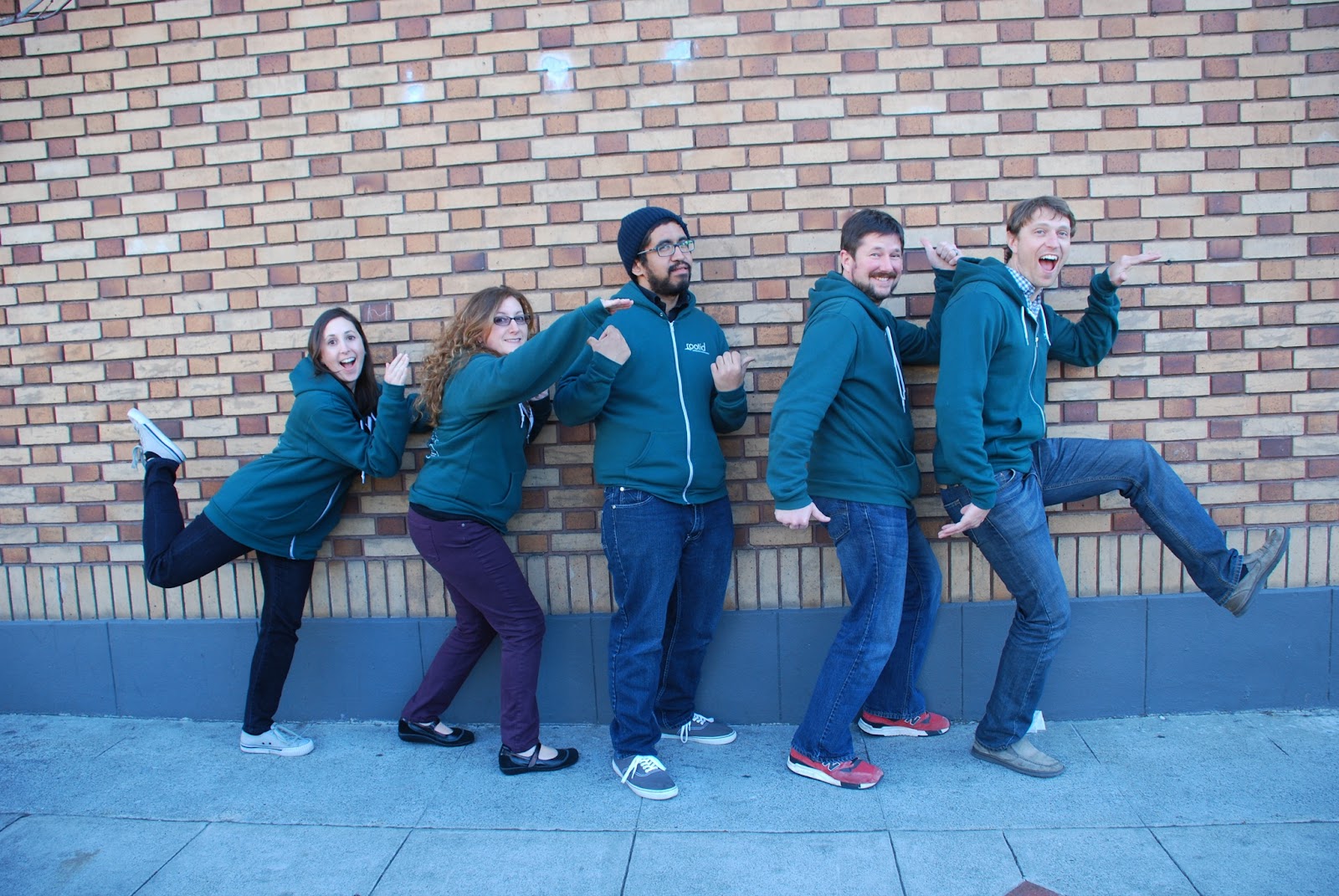 Through each of these experiences, we found that organizations (of all sizes) all needed the same fundamental brand and communications help—aspects like understanding how their values translated into the work they actually did, who their target audiences were and how to more effectively engage and deepen relationships.

Though our work was feeling relevant and thoughtful, it was in 2019 during our second 2-day intensive and followed by a conversation about how equity was infused in our work, that something shifted within me and I realized that we were not fully embodying the values we intended to be rooted within—we were centering belonging, but white supremacy culture characteristics were showing up in our organization, workshops and within us as individuals in ways that needed reflection and change.

Over the next several months, I began my journey of deeper understanding, working to find thought leaders and community voices that modeled what I felt that we were missing. I attended National Equity Project workshops, the Social Venture Partners International conference where I had the privilege of listening to both john a. powell and Edgar Villanueva speak—and eventually found the Design Justice Network Principles and the Liberatory Design Process which have become foundational to rootid’s values and how we embody those values within our work and relationships.

So here we are 11 years later. The company we built together is one I am truly proud to be a part of. Grounded in the values that align with the core of who we each are as people and the ways we want to show up in relationship with our communities and planet. To date, we have engaged with over 400 unique organizations across our agency and community outreach work. rootid currently has about 20 - 30 ongoing retainer clients, 10 or so new clients each year and with the community engagement events we have planned, we expect our total number of nonprofits served to be upwards of 500 by the end of 2022.

We join with others, envisioning a world where those most impacted are prioritized & communications & technology are used to heal & empower rather than divide. 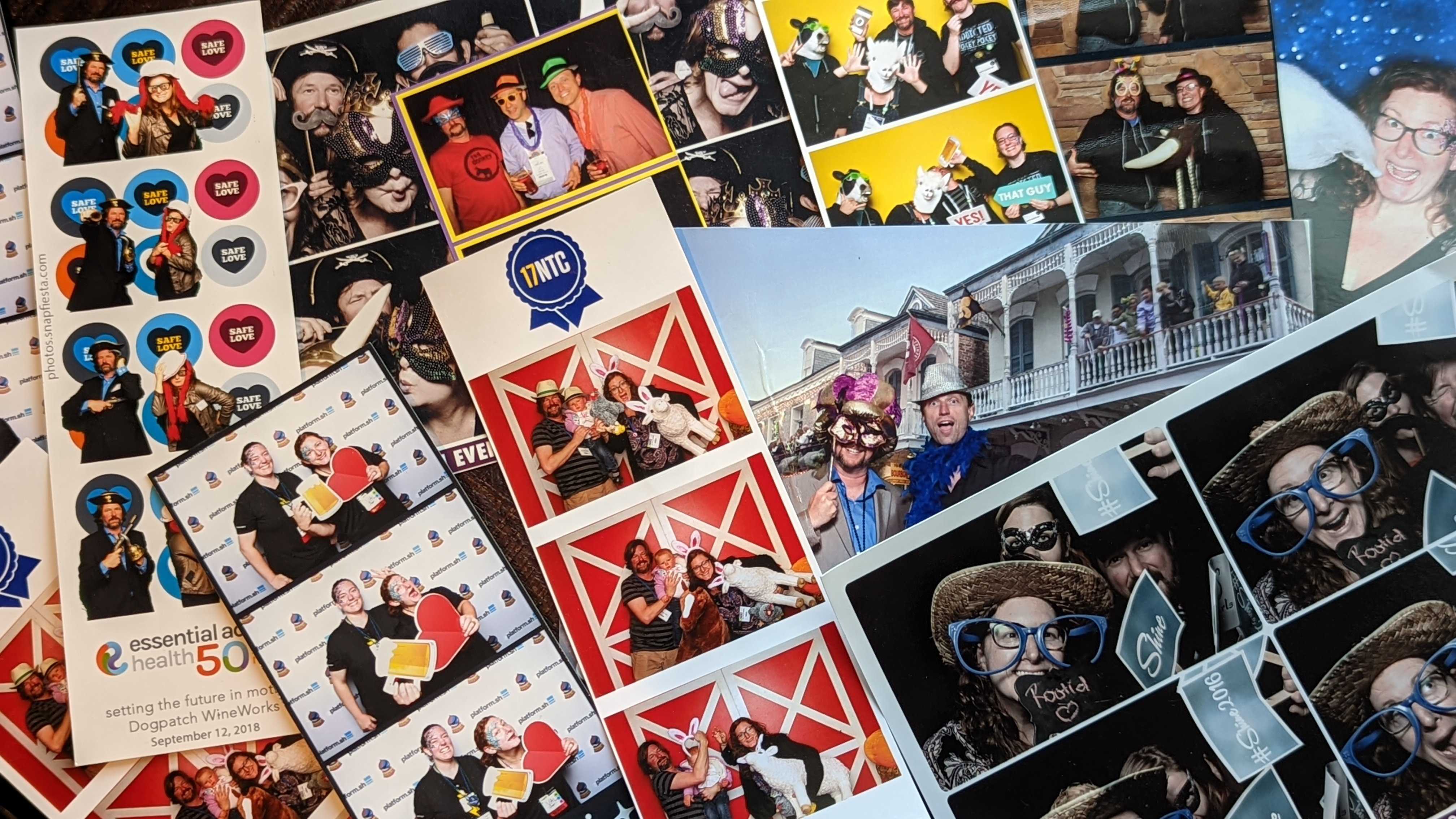 Val is a brand strategist, educator, facilitator and coach focused on using communications, design-thinking and technology as vehicles to advance equity. Through partnerships and collaborations, Val endeavors to co-design anti-racist, anti-oppressive spaces and tools that facilitate strategic-thinking, community building and sustainable growth for non-profits and social impact organizations.