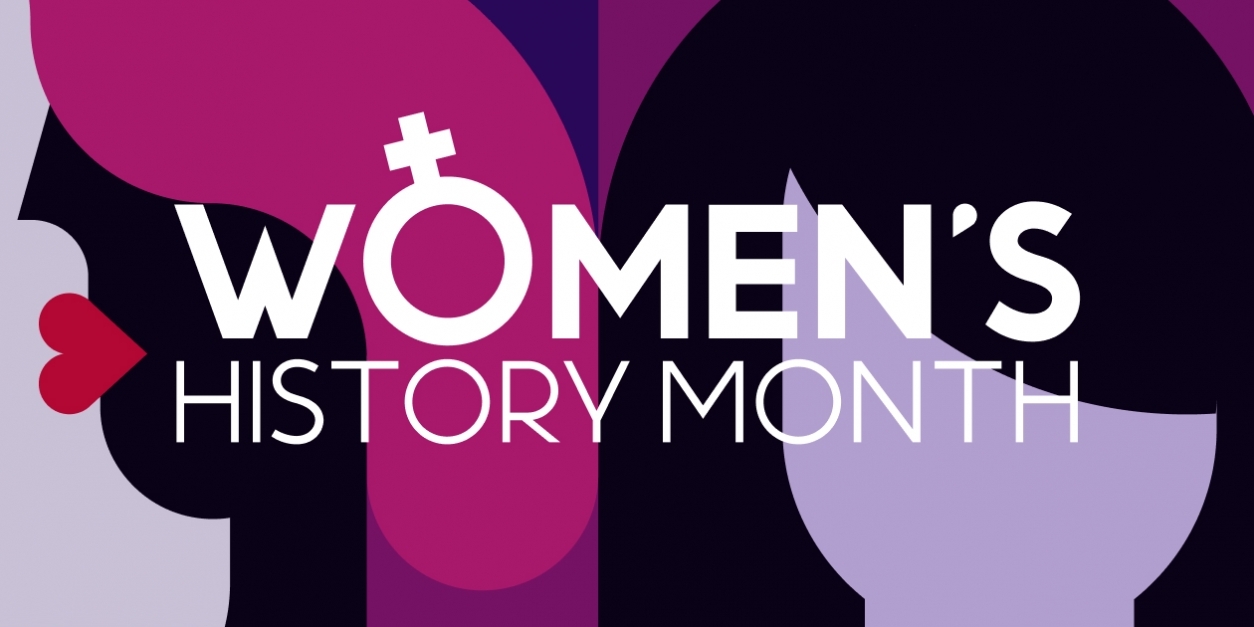 “Ain’t I a woman? Look at me! Look at my arm! I have ploughed and planted, and gathered into barns, and no man could head me! And ain’t I a woman? I could work as much and eat as much as a man – when I could get it!“
—Sojourner Truth

What does it really look like to highlight and support women?

As I scroll through hundreds of #WHM posts on my twitter feed, I wonder, how many businesses, organizations, and foundations are prioritizing diversity, equity and inclusion in their core cultural values? How many organizations & institutions are putting those values into practice?

What would  it look like if we really highlighted and supported the accomplishments of women during Women’s History Month?

Originally started as a week-long celebration in Santa Rosa, California in 1978, Women’s History Month began as hundreds of students paraded the streets and presented essays of appreciation. The movement spread across the country as other communities initiated their own celebrations, and eventually, Congress passed Public Law 100-9 in 1987, designating March as “Women’s History Month.”

This was only 35 years ago.

Today, Women’s History Month is observed with annual themes highlighting the achievements of women, past & present – but at times, institutions fall short of building towards the promise of the future. Women’s History Month has drawn mixed reactions and criticism in recent years as corporate tokenism has used the holiday to check marketing and social justice boxes. Similar to the students of Santa Rosa over 40 years ago, sometimes it still feels like a parade. 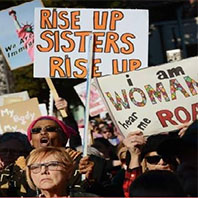 While more companies create campaigns & initiatives to celebrate WHM, the recent pandemic and economic disasters have exacerbated many of the pre-existing issues burdening women. Issues such as, widening income inequality, widespread joblessness, an epidemic of domestic abuse, political attacks on reproductive rights, and a lack of balanced support systems. All while companies continue to play “Most Woke” on social media. (Notes: Extra Points to companies & organizations who can manage and navigate a second straight month of wokeness after #BHM February.)

The hypocrisy becomes even more troubling when messages don’t align with the core values and cultural practices of powerful institutions. On March 1st, pharmacy giant CVS posted this Women’s History Month Celebration – only 10 days before reports of their recent Sexual Harrassment investigation hit the news.

Furthermore, companies celebrating the holiday have been criticized for their lack of diversity & inclusion practices as white supremacy culture has traditionally centered white voices over Black & Indigenous, Women of Color. 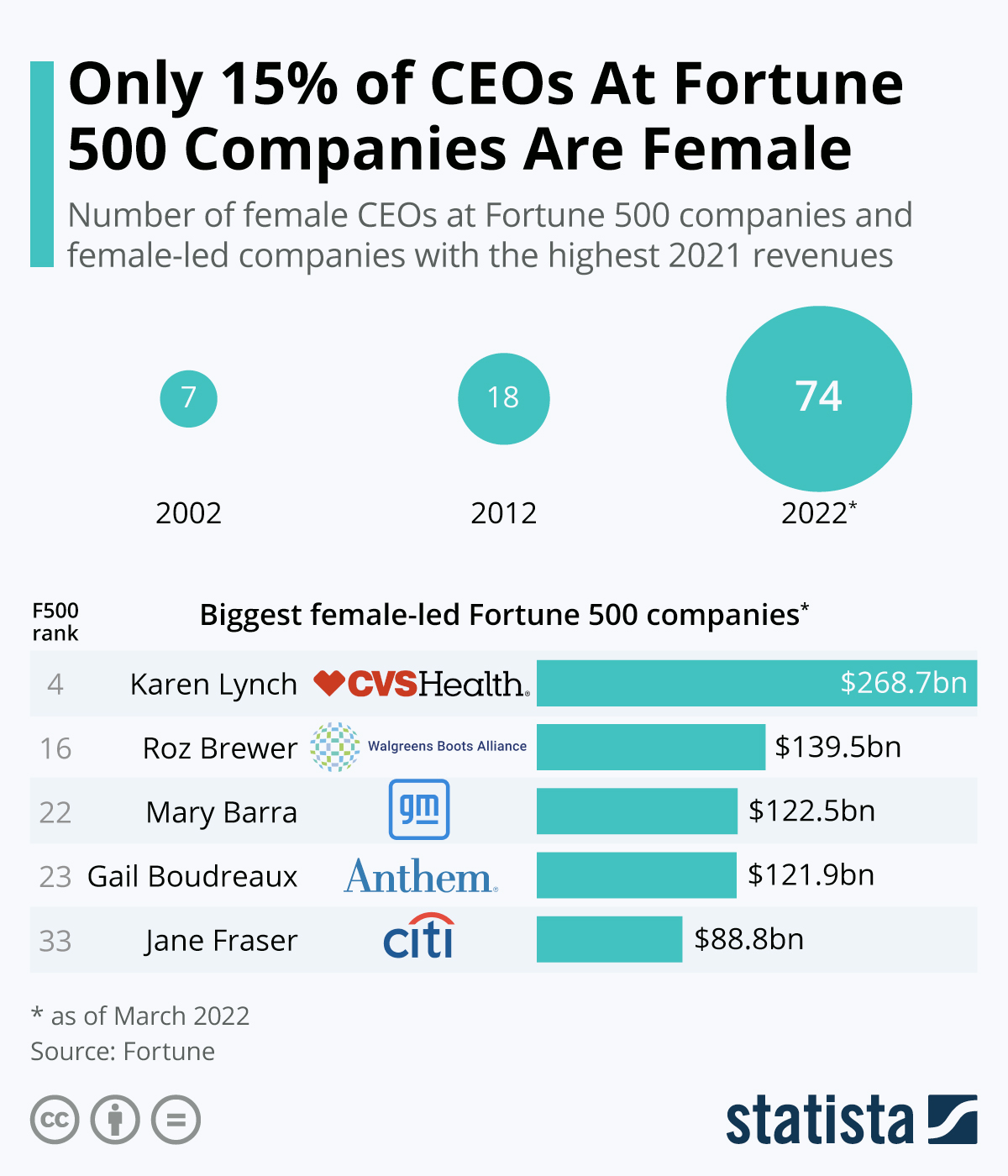 The truth is Women of Color continue to face inequity and disparity beyond the month of March. In 2020, women held the top jobs at just 37 out of these 500 companies — and none of those women were Black. However, it’s not just the private sector.  Grassroots organizations and nonprofits led by Women of Color tend to receive the least amount of funding from both governmental grants and philanthropic donations.  The monetary giving to Women of Color-led organizations makes up only 0.5% of the approximate $66.9 billion that is given annually from foundations. (Philanthropywomen.org)

"There needs to be more representation and inclusion in celebrations of Women’s History Month. I would like to see more actionable items from community leaders, corporations and legislators that promote equity and equal rights.”
—Angela Ceseña, executive director of Latina SafeHouse

If you're an organization that truly wants to celebrate the movement of Women’s History Month, it’s not just enough to post a new facebook banner. It requires a real investment of culture and practice. Don’t just support the idea, support the people.

At rootid, we’ve decided to use our platform to celebrate and share the work of impactful BIPOC women currently creating change in our communities. On International Women’s Day this year, we asked our team members to share the names & stories of influential  leaders we could learn more about and support by highlighting in our newsletter. As we continue to live our values, we celebrate the women on our team, in our lives, and on this list that inspire us to build for a more equitable future. 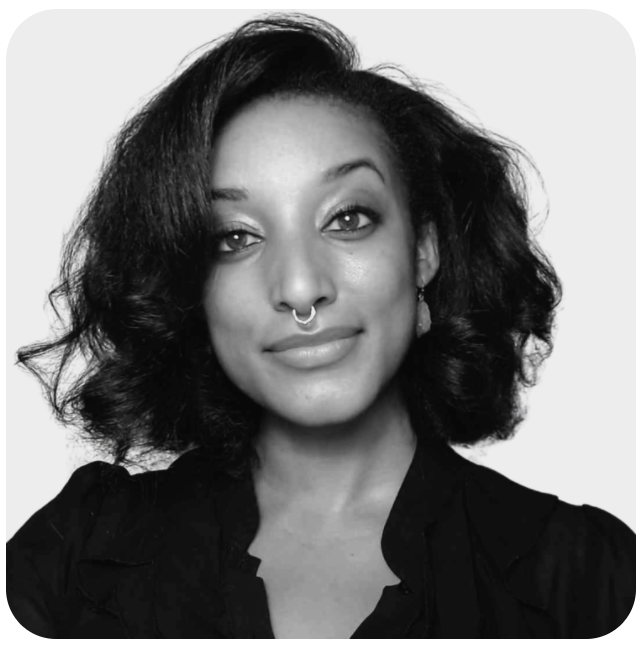 Kristina Ashley Williams - The social justice heroine determined to ‘spread radical joy’
As dual CEO and social justice champion, Kristina is shifting organizational cultures with her futurist voice and challenging the tech industry to prioritize diversity, equity & inclusion with her education based training platform, Unpacking.  She is a highly-touted speaker whose personality, subject matter expertise and experiential design recently earned her a NAACP award nomination and notable recognition from TechCrunch, Forbes and even a co-sign from Beyonce’s BEYGood Foundation. Just this month, Kristina and Unpacking won best pitch representing Future of Work in the speed pitch finals at SXSW festival in Austin,TX. As a descendant of Jackie Robinson, social impact isn’t just a buzzword for Kristina, but rather a legacy for a woman redesigning workplace culture with a futurist voice.

Veronica Santiago Liu - The community builder at the local bookstore
I was first introduced to Veronica’s work by our Experience & Service Designer, Mabel Colón. Mabel shared that Veronica founded what is currently the only bookstore in her New York City neighborhood, and how her kindness kept drawing in members of the community to volunteer.  Veronica is the founder and general coordinator of volunteer-led bookstore, Wordup Community Bookshop (Librería Comunitaria) which has trained more than 800 neighbors as volunteers since 2011. She was an inaugural member of the Committee on Diversity, Equity, and Inclusion of the American Booksellers Association (ABA), and serves on the boards of New Atlantic Independent Booksellers Association and Dominican Writers Association, the advisory board for Healthy Families Washington Heights, and the community advisory board for freeform radio station WFMU. Veronica continues to impact her community and even had February 28th declared as “Veronica Santiago Liu Appreciation Day” to honor her arts and civic work. 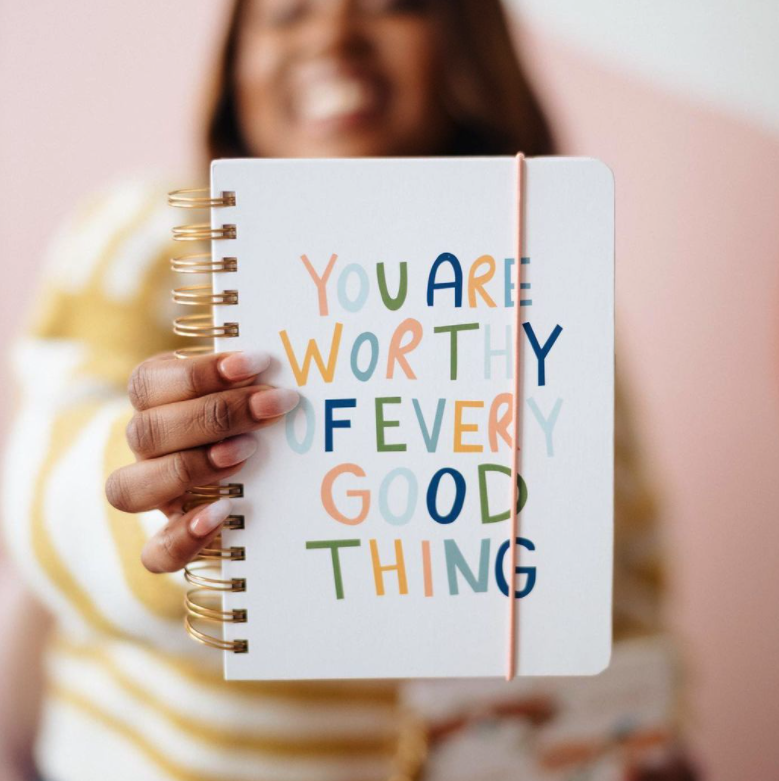 Danielle Coke - The illustrator using art to make a social statement
Our designer, Grace introduced us to Danielle Coke, a 25-year-old illustrator and social activist from Atlanta who runs the popular Instagram account @ohhappydani. Utilizing her artwork as a communication tool is something relatively new to Danielle. Until July 2019, she was working in the event planning industry in marketing and graphic design. She only recently started her impactful instagram account to represent Black history through visual arts. With over 352,000 followers, she is using art and words to help good people become better neighbors by hosting informational livestreams about actionable steps any citizen can take to engage in social justice movements. Take a second and check out her shop. 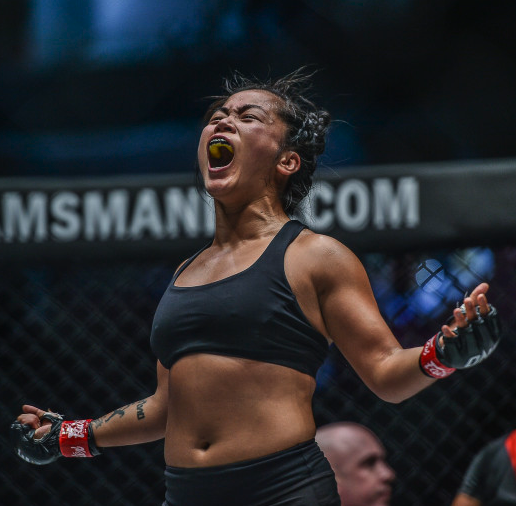 Bi Nguyen - The fighter helping others find strength
Bi Nguyen is an Asian-American MMA fighter whose story has personally moved our Director of Design, Soy Pak-Krisher. Known professionally as “Killer Bee” in the ring, Nguyen went through difficult times growing up and martial arts helped her find a purpose and direction in her life. Now she’s impacting her community by helping to empower young girls and women. She's using her ever-widening platform to help abuse survivors by giving free self-defense seminars, sharing her story at schools and shelters, and continuing to create opportunities for other women of color in martial arts.

Bernadette Lim, MS - The healer reshaping community health
Creater, healer, warrior. Bernadette Lim (known as “Bernie” in her community) is the Founder and Director of the Freedom Community Clinic, an Oakland-rooted and womxn-led mobile clinic providing healing services and wellness education. She is the daughter of Filipinx and Toisanese immigrants who recently earned her Master’s at UC Berkeley School of Public Health and graduated from Harvard University in 2016 with cum laude honors. Now, Bernie is leading a health revolution that nourishes and uplifts the bodies, minds, and spirits of under-resourced communities and brings care directly to where communities gather and celebrate. 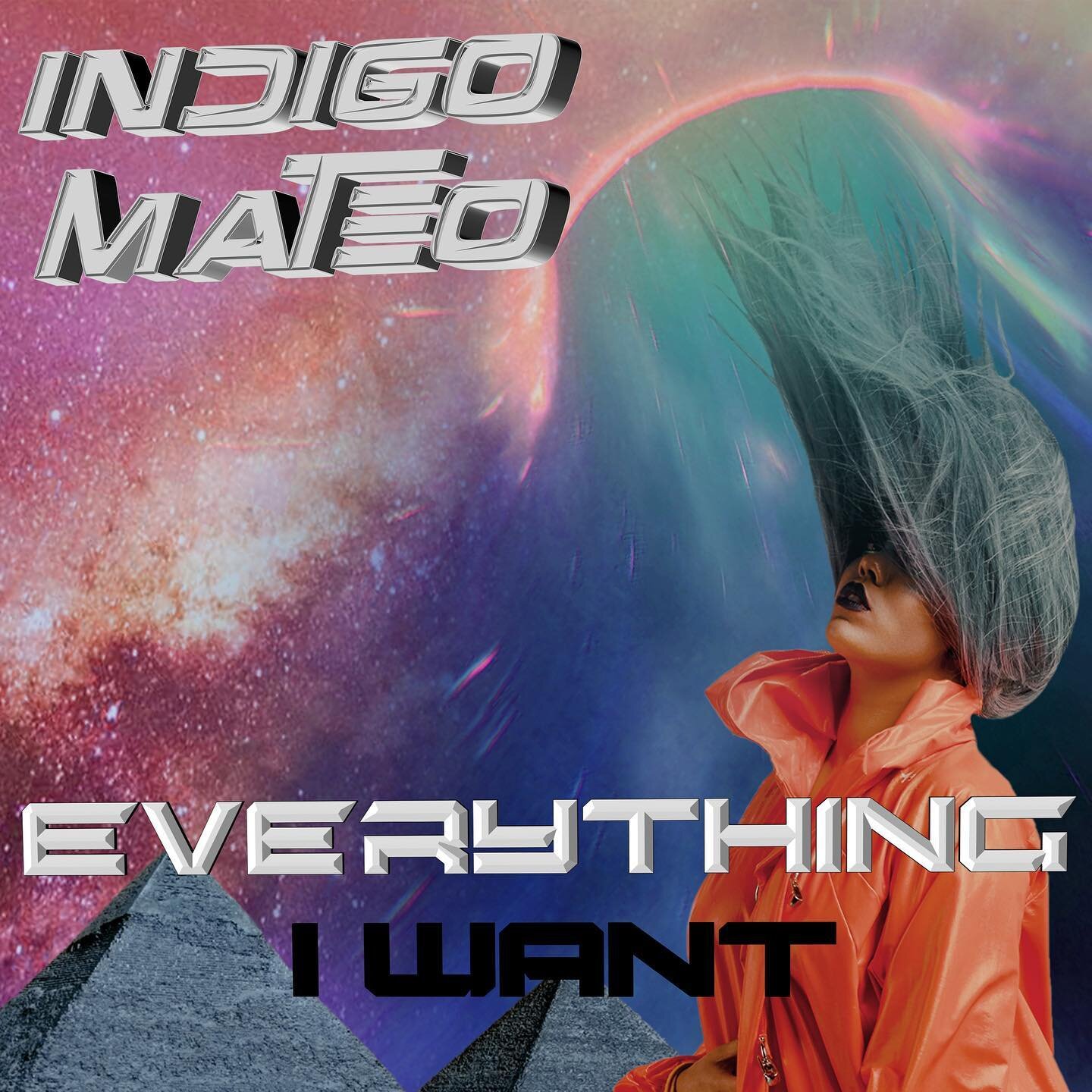 Indigo Mateo - The abolitionist making powerful music & fighting rape culture
Indigo Mateo is an Afro-latina singer, songwriter and culture worker who creates art to heal and transform. She is a co-owner of her social impact record label, Question Culture and founder of Soul Showers, a space for those who've experienced sexual violence to cleanse shame and 'heal in the sun.' In August 2019, Indigo appeared on the AFROPUNK Brooklyn Solution Sessions panel about Street Harassment. Her first album, Intuition has garnered over 10,000 plays and her original music has been featured in films and international productions. Recently, she launched Abolition X, a new podcast from Spotify, that investigate the many pathways of abolition and provides a forum for voices at the vanguard of the anti-violence movement.

Share with us the women who have been influential in your life, drop us a line! 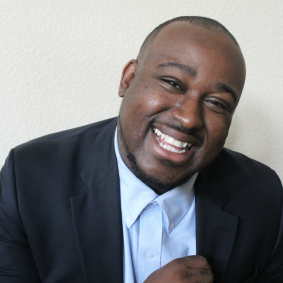 Marcus Cinque Harris is a professional creative & project manager with over a decade of experience engaging diverse communities and connecting people as an entrepreneurial artist & communications specialist. Marcus is a skilled strategist in managing teams, producing high-quality content, and facilitating campaigns. His projects creating impactful media by bridging art & activism have been acclaimed by AFROPUNK, NPR's Colorlines, and Complex magazine. An avid sports fan, coffee lover, and self-proclaimed "Afrofuturist", Marcus believes in working to build a better future by honoring the past.